Your thoughts are the currencies with which you exchange energy with the universe.

Do you believe that your thoughts have energy? Do you believe that a place or an object can retain the energy of the people that have come into contact with it? If you have ever entered an old home and sensed the presence of its previous occupants, or held an antique item in your hands and felt the history of it, then you know the answers. 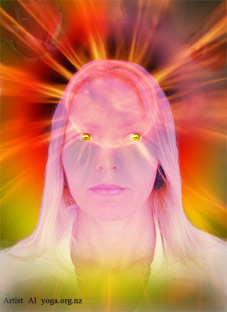 Scientists are just beginning to accept the truth about thought energy, and have begun to study what many have known for centuries. In fact some of today’s leading scientists in areas of physics, biology,
psychology and many other fields are starting to recognize the importance of thought energy.

Positive thought energy in the form of collective meditation has been scientifically proven to reduce violent crime!

In 1993 a study encouraged by one the world’s leading physicists was undertaken in Washington D.C to determine if focused meditation could have an effect on that city’s crime rate. The results were astonishing.
During the weeks that several volunteers meditated, crime rates fell dramatically by 25 percent! This was no accident. This was scientifically validated and proven to be an effective means of countering the criminal inclinations of a very large group of people, an entire city in fact.

All life is energy. 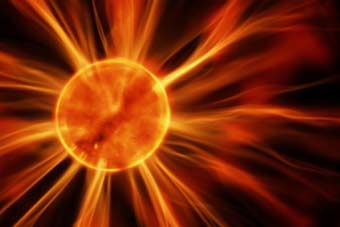 Thoughts have energy. Negative thoughts create negative events. Positive thoughts create positive results. The energy of thought is either stored in physical structures or is transmitted into the universe, it never dies. Consider what this means. Think about the ramifications.

Where did the clothes you are wearing come from, who made them? Were they manufactured by depressed and impoverished people working in appalling conditions for weeks to make the same amount of money that you spend on a cup of coffee in the morning?

Who built the car that you drive?
Was it built by disgruntled and tired factory workers?
Where some of those workers alcoholics?
Did some of them leave work, go home, beat their wives and children and build your car the next morning?

Who built the house that you live in?

Who came into contact with the food that you ate today?

What were the thoughts that have been injected into every part of your life?
How much has the thought energy of others affected you?

Becoming aware of the power of your own thoughts is the most important step in understanding how to handle the adverse influence of the negative thought of others. Knowing the value of positive thought energy allows us to become sensitive to negative energy. We begin to notice it in our own speech, we see it in our relationships, and we notice it in others.

Being aware is the key. Once we are aware of the negative thought energy in our lives we can take measures to eliminate it and replace it with beneficial, healing energy. It is as simple as noticing it and dismissing it with our minds. A thought enters our mind that we recognize as negative, we simply
dismiss it. By dismissing negativity we take away its power by not allowing it to manifest further negativity in our lives.

There are of course many other techniques available to combat negative thought energy and create positive abundance in our lives; including focused meditation among others. The critical first step however is simply being aware of the existence and effects of these energies. Hopefully this brief article has helped you to allow that first step to be taken.

Dr.Jeffry R. Palmer Ph.D. Is the author of "Judo for the Soul – The Art of Psychic Self Defence", as well as numerous articles and papers relating to metaphysics and the study of paranormal phenomena.

Further information about Dr. Palmer and his books can be found at