Each yoga class I attend ends with the word, "Namaste,” and I’ve noticed you end each column with the words, "Om Shanti." Can you please tell me the origins and meaning of each?
John
On-line inquirer 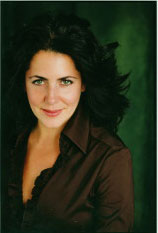 "Namaste" is commonly used as a salutary greeting. Though its tone has more reverence than the light-hearted Italian "ciao", it’s similarly used as both hello and good-bye. Namaste’s significance is very similar to "God be with ye," which through contraction became our modern day "good-bye." Literally translated "namaste" roughly means, "I see and appreciate the God in you." "Om Shanti" is used more as a parting salutation as a way of sending one off with well wishes. "Shanti" means "peace".

For such a tiny word, “Om” has an enormous significance. Centuries later, it transmuted into “Amen,” which is used at the end of a Christian prayer. “Om” is eluded to in the biblical book John 1:1. It says, "In the beginning was the Word, and the Word was with God, and the Word was God." The Word referred to here is the sonic vibration that is the not a mere representation of God, but is itself the formless yet actual God. For many of us in modern world, this is an elusive concept to grasp, because our only experience is with languages that are solely referential.

Though like Latin, Sanskrit is considered a “dead language” it is important to yogic study to understand that Om’s original Sanskrit roots come from a language that was engineered. Although there may have been others, Sanskrit is the only language on record today that is based on physics, and it is here amidst its spiritually specific vocabulary that its mystical and energetic power lays. It is quite literally the intersection of science and divinity.

Each time we vocalize a Sanskrit word, sonic waves invigorate the microcosm of the universe that our physical bodies are, by infusing our nadis (energy points) with vibration. Each letter of the alphabet represents one or more sounds, which correspond to an individual nadi.

Even subtler is Sanskrit’s ability to connect through our mental repetition of the syllables to the sounds that perpetually exist in the universe. This link up is the force that connects the language with God and gives us direct access to the co-creative process. So if you are shy to say “Namaste” or “Om shanti” to someone outside the yoga circle, your mere thought of it, fueled by your willful intention, accomplishes the task of propelling the concepts toward actualization. To understand this concept is to understand why chanting in Sanskrit has a significant power that other forms of prayer unfortunately lack.

If your healthy skepticism has you in doubt, here is an experiment to try. I discovered this phenomenon spontaneously after many years of chanting “Om.” Sit crossed legged with your spine completely erect from tailbone to crown. After a few minutes of deep yogic breathing, begin to slowly and vocally chant the word “Om,” with the proper pronunciation, which is produced by linking 3 sounds: aaaaah as in “omni”, oo-oo-oo as in “choose” and mmmmmm as in something delicious tasting. When are relaxed to the point of having almost no muscular contraction or tension, you will physically feel energy in the form of vibration move from root chakra to third eye with each repetition of “Om”. I believe once you experience this on a regular basis, your confidence in utilizing Sanskrit to co-create your chosen reality will serve you and your fellow man magnanimously. Once convinced, I suggest you use the simple words of “namaste” and “Om shanti” often, with intention and with full knowledge of their positive universal effect.

Yogi Marlon’s monthly yoga advice column is available free to approved websites. If you would like this content automatically inserted into your website every month, you can find out about getting it by Clicking here.