How does my dosha effect what kind of yoga practice is best for me?
Danielle
Wayne, PA 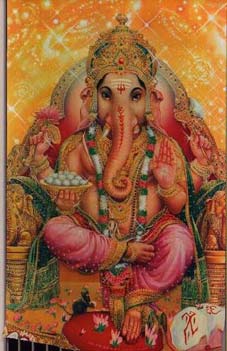 Traditionally, ayurveda, the ancient school of medicine native to India that defines dosha, or body-mind type, was an integral part of a guru’s knowledge. A yoga practice was recommended to an aspirant based what the guru thought would best support one’s spiritual evolution. Some of those choices were influenced by the pupil’s determined dosha.

Because each dosha tends toward its own imbalances, a beneficial practice for one can be a detrimental practice for another. Today Desikachar’s school of Vini yoga in Madras totes the phrase that, “There is an appropriate yoga for everyone.” In this way, yoga can work as the great equalizer, bringing awareness to our flaws, lessening our weaknesses and making the most of our natural talents. Problem is, most of us are drawn to a yoga practice that only exploits our strengths. For instance, pittas are often most attracted to assertion of Ashtanga yoga. Yoga’s potential is maximized when one’s strength is used as a point of entry to engage in a practice that ultimately addresses one’s weaknesses. So briefly, start a kapha slowly and move toward a heated practice. Begin a pitta vigorously and cleverly move them toward an inward focus. Initiate a vatta’s practice with a heady, visual or otherwise ethereal technique and slowly transition into one that is grounding.

Though dosha is seldom considered the way it traditionally was in India, it remains an extraordinary way to take one’s practice to the next plateau. Remember, ultimately a yoga practice should support our spiritual advancement by bringing our entire beings into homeostasis, supporting prakruti, and promoting sattva.

Yogi Marlon’s monthly yoga advice column is available free to approved websites. If you would like this content automatically inserted into your website every month, you can find out about getting it by Clicking here.