Loads of Male Teachers, But Where Are The Male Practitioners at Class Time?

Why is it that more men don’t go to Yoga classes? Look in any major Yoga magazine and you’ll find there is no shortage of male yoga teachers among high-profile instructors who get face time in articles and ads. Yet in most yoga classes, fourth fifths of the students are female. Yoga postures provide plenty of challenge to a person’s athletic prowess, but maybe it’s not the traditional “man-up” approach that would-be male students are looking for.

Women are just as involved as men these days with working out at the gym, running road races and playing other sports. Pro leagues may be mostly-male, but look at Olympic sports and you’ll find an equal number of women’s teams most of the time. And while women have proven themselves time and time again that they are up for any challenge, most of them don’t go to Yoga for a punishing workout.

Plenty of female Yoga students are driven and say yoga helps them focus with whatever activity they do off the mat. But they also say yoga helps them get away from those activities so they can clear their minds and be able to focus again when the time comes.  Men probably want the same thing.

Society seems to always focus on men “wanting a challenge” or “a certain element of danger and risk”. And it’s true that a lot of men do like such challenges. So do many women. And just like women, men need a break from traditional challenges if they are to meet those challenges later. 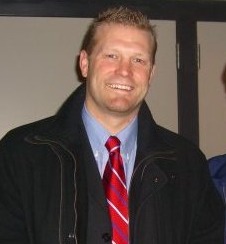 Let’s look at traditional athletes-consider professional hockey players. In the National Hockey League in 2011, Boston Bruins goalie Tim Thomas gave his team the lowest goals-allowed stats in the league. He’s held strong stats for all the years leading up to 2011, when the Bruins won the Stanley Cup. Thomas, who retired quickly and quietly, had always kept a low profile, and that’s probably why most hockey fans didn’t know he practiced yoga regularly. 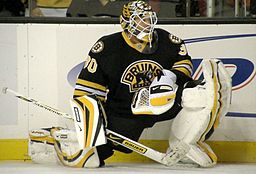 Thomas was an extraordinary athlete but he was still an ordinary man. Even with his immense talent, he needed regular brain breaks to enable his body and mind to perform the rigorous duties of his job. Women yoga students would say this is a big part of the reason they do yoga, and men need the same invitation, from the yoga community and from themselves.

Yogasync Me!  Meet Our Members!  Check out the profile of Yogasync.tv Active and scroll through the 83 sequences created for active people:

Vincent Gerbino is a YogaFit™ Certified Yoga Teacher. “Yoga isn’t what I do, it is who I am.” Yoga completely changed my life for the better. Soon after I started my own practice, I said to myself that I had to eventually become a teacher so I could give to the world what Yoga gave to me. In 2006, Vincent began teaching Yoga, five years after he began his own practice. Vincent is also a trained barefoot runner, a co-organizer of the Boulder Barefoot Running Club, and enjoys bicycling, rollerblading and hiking. http://gaiayogaofcolorado.blogspot.co.nz/