Is yoga dangerous it what I have titled this blog and of course it is only my perspective.

A recent New York Times article has been making the rounds on the web this year – titled: “How Yoga Can Wreck Your Body” 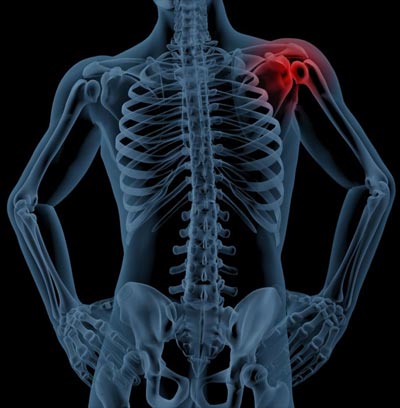 Let’s look at the New Zealand figures which are well documented within the medical system as a rough cross section of Western society.

The New Zealand Accident Compensation Corporation says people do get injured doing yoga.
A recent article in New Zealand titled “’Fad’ Yoga a Costly Risk” – which by the way – yoga is not a fad, it’s been around for five thousand years, and it’s not going anywhere fast – says: “More than 1,000 New Zealanders are bending over backwards to get injured each year” (Ref 1).
And that… “The only New Zealand study on yoga participation levels was undertaken in 2007. It found about 9 per cent of adults had done yoga or pilates exercise in the previous year” (Ref 1).
Ok… for a start,  let’s take a quick look at those numbers:
New Zealands’ estimated resident population was 4,228,000 at 30 June 2007, (Ref 2)

Let’s estimate on the low side that each person did yoga once per week on average (some do it every day, others not so often – maybe once a fortnight). At an estimate, that is 380,520 yoga sessions per week x 52 weeks – makes close to 20 million yoga sessions in New Zealand per year resulting in just 1,000 reported  injuries. That is one injury per 20,000 classes – so the odds are pretty low that you might do some damage.
Let’s take a look at a few other things that are more likely to cause injury:

But is it dangerous?

What’s more important is increasing our awareness of how can we minimize the risks of injury – and this should be done in all fitness activities.

Let’s look at a few quotes from the New York Times article:

“…that awareness is more important than rushing through a series of postures just to say you’d done them. But then he said something more radical. Black has come to believe that “the vast majority of people” should give up yoga altogether. It’s simply too likely to cause harm.”

I agree that awareness is very, very important and cannot be understated… but give up yoga because you can’t be mindful? Well that’s a catch 22 as the whole point of yoga is to help one cultivate mindfulness.

The population of people practicing yoga in the US went from: “4 million in 2001 to what some estimate to be as many as 20 million in 2011 — means that “…he spoke of well-known yoga teachers doing such basic poses as downward-facing dog, in which the body forms an inverted V, so strenuously that they tore Achilles tendons. “It’s ego,” he said. “The whole point of yoga is to get rid of ego.” (Ref 5)

Yes overdoing things is not cool, at all!.  Work with your limits and understand them – or seriously you are asking for trouble.

“…the Consumer Product Safety Commission showed that the number of emergency-room admissions related to yoga, after years of slow increases, was rising quickly. They went from 13 in 2000 to 20 in 2001. Then they more than doubled to 46 in 2002.”
These surveys rely on sampling rather than exhaustive reporting — they reveal trends rather than totals… and again when comparing to the numbers of other fitness activities,

Ok let me get this straight 4 million people doing yoga in 2001 and 46 people admitted to hospital – seriously it’s somewhat miniscule in comparison.
Let’s put it in some perspective. The numbers are tiny. More people would drown in a month. Does that stop people from enjoying the beach?
You would get more hospital admissions in a decent size city in just one night – let alone the whole country – for alcohol related admission… pity that never stopped any one drinking.

What were the most serious yoga-related injuries (disabling and/or of long duration) they had seen? “…revealed that the largest number of injuries (231) centered on the lower back. The other main sites were, in declining order of prevalence: the shoulder (219), the knee (174) and the neck (110). Then came stroke. The respondents noted four cases in which yoga’s extreme bending and contortions resulted in some degree of brain damage. The numbers weren’t alarming but the acknowledgment of risk —

Its undeniable overall there are risks with any physical activity and it is about working within your own limits and really truly understanding them. But the most important part of yoga practice is in leaving your ego at the door of the class so you don’t overdo it.  Feel your way to your limit and then ease off to just inside that, be mindful of where you’re at and how you breathe etc. Also find a yoga system and teacher that you trust. There are so many yoga systems available these days – some are very vigorous and I would suggest more likely to cause injury if you’re not that experienced not that this was mentioned any where in any of these studies every thing is lumped in the same pot.
The use of props can be very helpful so that you do not put your body in positions that are going to hurt it. A lot of the use of props is detailed in the Yogasync.tv platform – which is well worth checking to get the ideas.

Here is an example of a shoulder stand with blankets.

Here is a good article on protecting the neck: http://www.yogajournal.com/for_teachers/1091
Protect the neck in shoulder stand. Cole discussed the practice of reducing neck bending in a shoulder stand by lifting the shoulders on a stack of folded blankets and letting the head fall below it. The modification eases the angle between the head and the torso, from 90 degrees to perhaps 110 degrees. Cole ticked off the dangers of doing an unmodified shoulder stand: muscle strains, overstretched ligaments and cervical-disk injuries

So overall I recommend that you take care in your yoga, work at your level and don’t become one of the statistics because you over did it.  Yoga done properly can have amazing benefits and advantages.

Al has been a student of Yoga for the best part of 2 decades. Loves to surf, play beach volley ball and explore the deeper nature of reality. Fancies himself as a bit of a philosopher. Loves to make videos and is the founder of the Yoga.org.nz site.